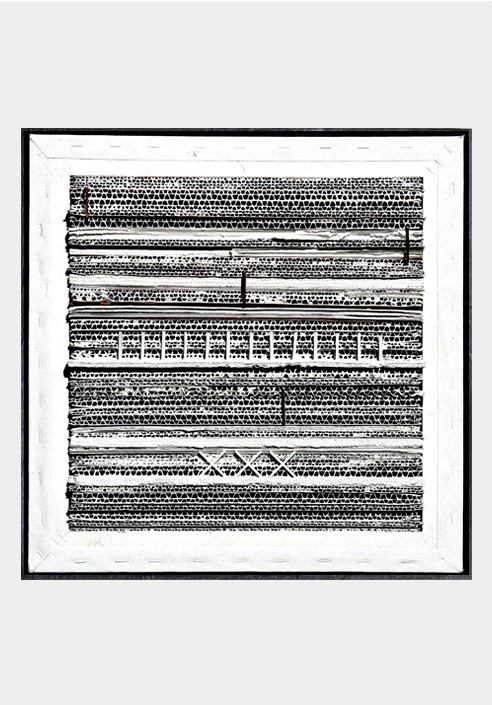 Polimaterico and acrylic on canvas mounted on panel cm.40x40 iron black cm.60x60. The work is signed on the back of the canvas, and is accompanied by a card accompanying with authentic, photography, num. archive, explanation and wooden packing.

The appearance of the memory seen from the inside with the use of cardboard interpreted as a container of experience and knowledge acquired in time. Layers and layers of information you settle, you create links between their unions and, more levels coming into contact, copper elements allow the passage of energy needed. Bottom three unknowns testify the complexity and lack of awareness of the experiential content in the making. At the center, appearances (13) placed serially give rhythm to the complex horizontality verticality of the layers.