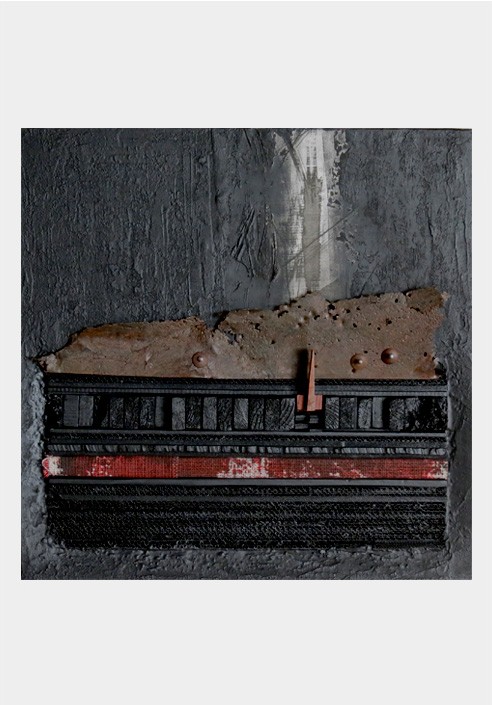 Polimaterico and acrylic on canvas mounted on panel cm.60x60 iron natural cm.85x85. The work is signed on the back of the canvas, and is accompanied by a card accompanying with authentic, photography, num. archive, explanation and wooden packaging.

The personal path is punctuated by encounters, experiences and decisions taken, the result of a lived and acquired information, the continuous addition creates a hypothetical path, this involves continuous reflections and uncertainty on doing, so when that day...