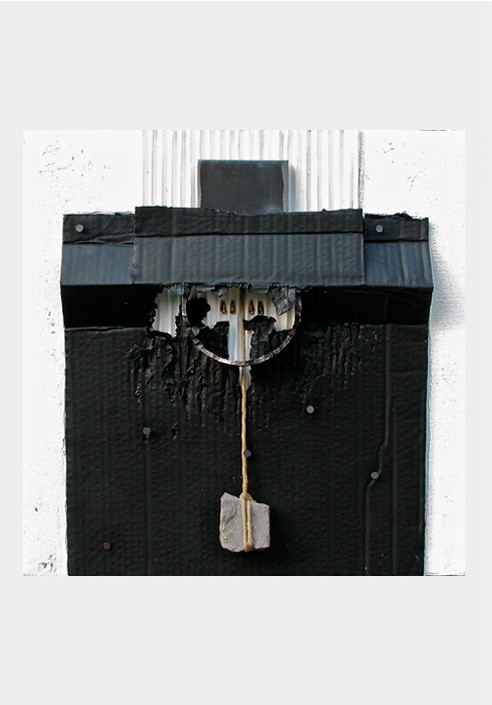 Cardboard, container value is pigmented black, hides and protects content. A laceration lets see and at the same time allows the release of the contents: a circle of iron (life), a stone hanging (the time), four-piece brass (the preciousness of reflection), all on a white field (the preciousness of life). Materials from the highly symbolic form, are visible and interact with each other for a possible story on the evolution of human nature.