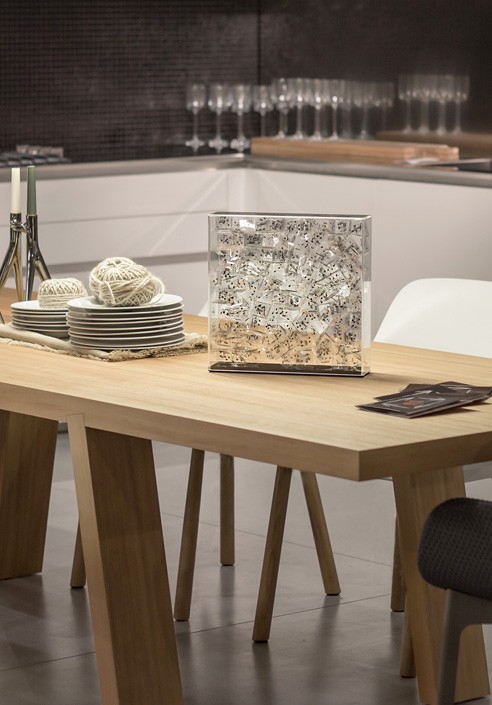 Music (language of the gods) is emotion shared by all. This container offers a listening and visual harmony perceived by observation is sound only imagined but not dumb. In the empty space between a note and the other one perceives and feels the hypothetical sound emitted by the instrument of their own feelings.

Great importance is given to the actual container, which is a type of showcase that offers conceptual material inside. The creation of a project is a slow and articulate reflection, a sort of patient and meticulous investigation regarding man and his interpretation of nature. These artistic compositions  are born from observations of manmade materials in which time has left it’s trace. The simplicity of a gesture which with intense thought puts the matter in a specific space, makes it the protagonist which provokes emotion and/or becomes the narration. The contemplation of the object satisfies and arouses an aesthetic feeling. The "correct positioning" creates desire and pleasure to eye contact, the continuous exchange becomes concrete. Great strength and importance is given to the examination of the "void" that exists between the material that has been found, with the act of invention that it creates. 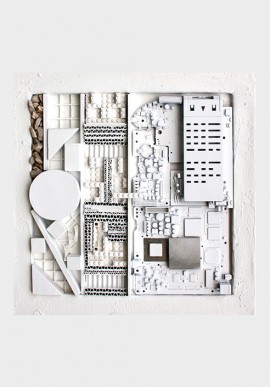 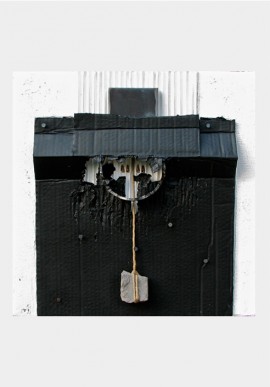